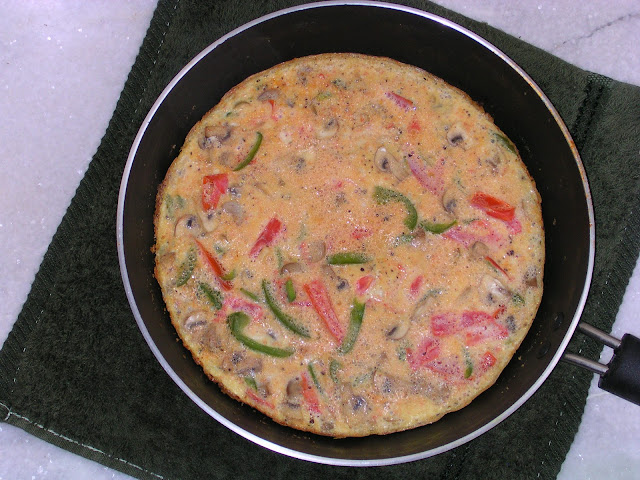 I've always wondered what was the difference between a "frittata" and an "omelette". Found a detailed explanation in wikipedia, that I'd like to share with you.

Frittata is an egg-based dish similar to an omelette or quiche, enriched with additional ingredients such as meats, cheeses, vegetables or pasta. It may be flavoured with herbs.

The Italian word frittata derives from fritto, or "to fry" (friggere) and was originally a general term for cooking eggs in a skillet.

Outside Italy, frittata was seen as equivalent to "omelette" until at least the mid-1950s.

In the last fifty years, "frittata" has become a term for a distnct variation that Delia Smith describes as "Italy's version of an open-face omelette". When used in this sense there are four key differences from a conventional omelette:
Frittata is equivalent to an Iranian dish called kookoo.

Kidometer- This was a hit! They simply loved it and said it looked like a pizza. My little girl who was helping me said the chopped mushrooms looked like a "p". (She's been learning to recognize "p" and was delighted to find it in the mushroom!)

Since it contains quite a combination of colourful veggies, its a great addition to a school lunch. It can also be served as an after school snack with bread. 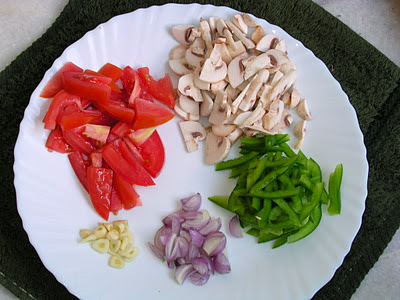 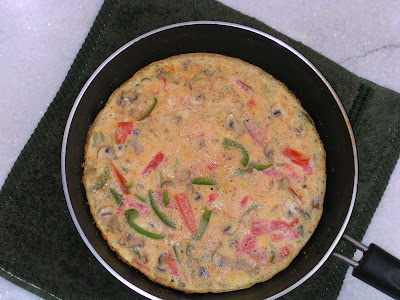